How To Add Amiibo To Animal Crossing

What Can You Do At Harvey’s Island Villager Photopia

If you’ve played Animal Crossing: New Leaf, you might recall a hippy dog named Harvey as one of the particular villagers. After a few days of playing in New Horizons, this dog will randomly appear on your island. Make sure you talk to him, and he’ll invite you to visit his island home. The awesome thing is that the airport allows you to fly to him for free. No Nook Miles Tickets required.

Instead of foraging for materials, bugs, and fish, Harvey’s island only lets you walk into Harvey’s house. Once inside, you’ll be able to set up a scene in one of his rooms and take pictures with your favorite villagers. That is, as long as you have that villager on your island or have a corresponding amiibo to invite them with. You can place different furniture, change the lighting in the room, and position your favorite Animal Crossing villagers in various locations before taking pictures with them. You can have up to 10 animal villagers in one room at a time.

However, it should be noted that not every amiibo works with New Horizons. So far, the game has warned me that Digby and Resetti can’t be invited to Photopia. This had also been the case for Reese, Cyrus, and Rover up until another update arrived. I’m guessing that any amiibo figures that currently don’t work with New Horizons will be usable once future updates are released.

How To Unlock The Campground

The Campground is an area you can create that will allow you to receive visiting villagers on your island, where you can then begin to convince them to stay and live in your town – or you can simply talk and trade with them.

To build the Campground, you must have first upgraded the Resident Services Tent into a proper building . Once completed, Tom Nook will have an assignment to increase your towns popularity to catch a certain someones attention. The first step towards this, will be building a Campground.

You will need to build the Campground Construction Kit, which requires 15 of each type of wood, as well as 15 Iron Nuggets, and then place the kit down in an area youd like to designate as a campground.

The next day, a random villager will likely appear in the Campground . Whichever villager, you will have no choice but to invite them into your town. After that, villagers may appear at the Campground at any time, but can also be summoned using Amiibo Cards at the Resident Services Terminal.

Sanrio Amiibo Cards: What You Can Use Them For

Special Sanrio Amiibo Cards can be scanned into Animal Crossing: New Horizons for exclusive poster goodies to decorate your house! Learn everything to know about Sanrio Cards in this guide.

These cards featuring various villager designs inspired by Sanrio characters were first introduced with Animal Crossing: New Leafs Welcome Amiibo update and are compatible in a limited fashion with New Horizons too!

You May Like: Animal Crossing New Leaf How To Get Shampoodle

S For Constructing The Campsite

You may want to finish a number of steps to construct a campsite. Here is what you should do to unlock the campsite and invite villagers to your island utilizing amiibo:

How To Obtain An Amiibo Card 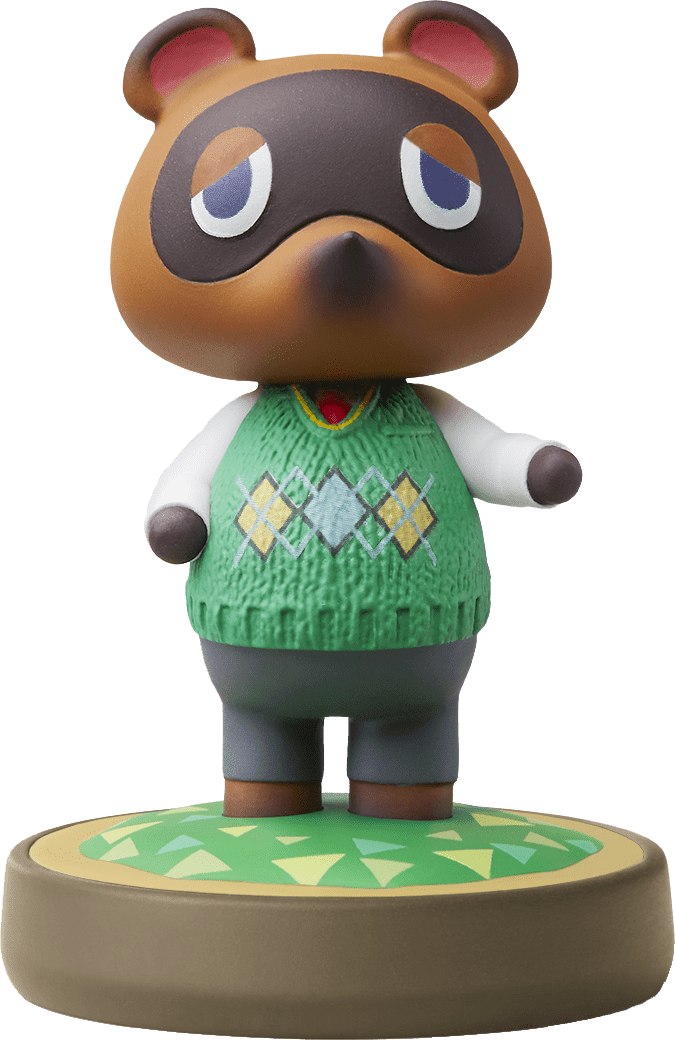 Amiibo figurines and amiibo cards are an accessory you can purchase for select Nintendo games that adds additional features and add-ons, or other perks. By using an amiibo, you might get new outfits, power-ups, or other fun bonuses.

The easiest way to obtain an Animal Crossing amiibo card is through Etsy, and theyre fairly inexpensivearound $10 or less if you purchase them in a bundle. You can also purchase them directly through Nintendo, but they tend to be pricier.

Once youve received the amiibo card for the villager that you want, launch Animal Crossing: New Horizons on your Nintendo Switch, and make your way to the kiosk in Resident Services. Amiibo figurines are a little more expensive, but they both can be used with the kiosk inside Resident Services.

You May Like: How To Get An Axe In Animal Crossing

How To Unlock The Campsite

The campsite allows random villagers to appear on your island, which gives you the option of inviting them to live their as pemanent residents. If you have amiibo cards, you can use them to ask specific villagers to your campsite. To be more precise, the character depicted on the card gets invited to your island.

Note: You can only use Animal Crossing amiibo cards here. None of the characters that have been turned into amiibo figurines can be invited to the campsite.

What Is The Rarest Amiibo

Using amiibo cards will prompt a visit from the corresponding villager, according to Nintendos amiibo features page for the game. Its possible that the character could even move in after dropping by your town.

Hey, everyone! Ive been working on a big surprise for your towns. Some fun changes are coming soonso exciting!

Screenshots from the Animal Crossing Twitter account show that using amiibo from other games, like Splatoon, will generate costumes and items based on those characters. Connecting the recently launched Callie and Marie amiibo to your copy of New Leaf will add their costumes, bulletin board and decoration tools based on their looks.

Also Check: What Is A Bell Voucher On Animal Crossing

Animal Crossing New Horizons Amiibo: How To Unlock And Use Amiibo And What They Do

How to make your own amiibo (animal crossing)

If you’ve been sitting on Animal Crossing amiibo from the Wii U and 3DS, there’s good news – they’re compatible in New Horizons! You’ll need to actually unlock amiibo first, however.

Amiibo tapped in Animal Crossing: New Horizons will enable you to make use of them for two specific uses: recruiting characters to your island to come visit as guests or come join you more permanently, and also for the game’s cute new Photopia mode. Allow us to explain in a little more detail…

Recommended Reading: What Do You Do With Bell Vouchers In Animal Crossing

How To Unlock And Use Amiibo In Animal Crossing New Horizons

As we described above, Amiibo in New Horizons can be used in two ways – to invite characters to your island, or to use them in Photopia. Both are used in different ways, and both unlock at different times. Here’s the nice, simple breakdown:

How To Unlock Amiibo Functionality In Animal Crossing: New Horizons

Meet up with your old friends.

Long time players of Animal Crossing might have some amiibo from the series, and the good news is that they can be used in New Horizons. The amiibo functionality is not particularly deep, but it does add to the experience of the game in a couple of ways.

To use your amiibo, you will need to unlock the campsite from Tom Nook. When it is complete, you can use your amiibo or amiibo cards to invite villagers to visit you. When the visitor arrives, you can interact with them and make them a souvenir, which will help you to convince them to come and live on your island. You can invite one character a day, and it will take multiple visits before you can convince someone to make the move. This is the only way to guarantee that a character will come to your island, as you normally meet them randomly on Mystery Islands.

Recommended Reading: How To Find Communicator Parts In Animal Crossing

How To Invite Sanrio Amiibo Villagers To Your Animal Crossing: New Horizons Island

Back in February, Nintendo announced that they would be issuing a re-print of the special six-pack of amiibo cards with villagers inspired by Sanrio characters. These cards were previously available in the United Kingdom and Japan back in 2017, but never made it to the United States. When Animal Crossing: New Horizons first released, scanning these amiibo cards at Harv’s Island only granted you a themed poster. In the most recent update, however, players are finally able to invite these coveted villagers and order themed furniture. 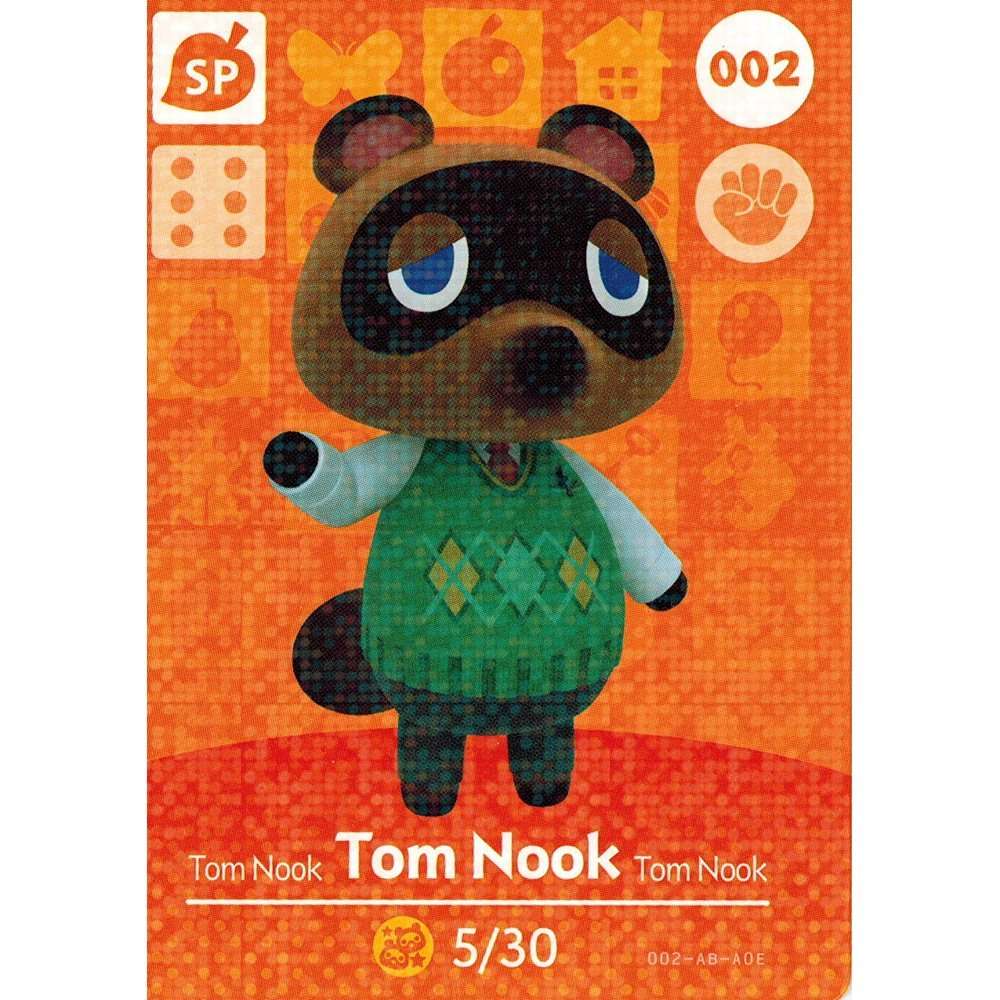 If youve got one of your favorite Animal Crossing Villagers in Amiibo form, you can use that Amiibo to bring that Villager onto your island, where theyll stay eventually. Youll need to head to Resident Services and select the Invite Amiibo Camper option on the ATM-style machine on the right of the building to use your Amiibo figurines and cards in the game. Inviting an Amiibo Villager to your island is something of a complicated process, unfortunately. This is why weve provided you with a handy bullet-pointed list of steps to follow below.

Read through this list of simple instructions to discover how to use the Animal Crossing: New Horizons Invite Amiibo Camper function and how to get an Amiibo Villager to stay on your island:

How To Use Animal Crossing Amiibo In New Horizons

Have your amiibo card ready in your hand and choose the Invite Camper option at the kiosk in Resident Services. Read through the prompts and select Continue when you are ready.

When prompted, hold the amiibo card slightly above your right joy-con controller. This takes only a matter of seconds to register with the Nintendo Switch.

Recommended Reading: How To Get Different Hairstyles In Animal Crossing

How To Make An Amiibo Card: Step

Now that you know what you need to create your amiibo card from scratch, get this stepwise guide on how to achieve it flawlessly.

Like earlier indicated, this application is not available in Google Play Store. As such, you must get it from other sources. Ensure that you enable downloads from unknown sources . Failure to enable this feature will lead to an installation failure, and youll not be able to proceed.

If youre wondering how to get Amiibo .bin files, then follow these simple steps:

You can repeat this process with all the Amiibos you want. This way, you will get access to your favorite Nintendo Switch, 3DS, and Wii U games. If your Amiibo is rare/yet to be released, you should upload its .bin files to NFCBank and Sub.

Launching the TagMo App is the most crucial step for creating your amiibo card. To achieve this, you should follow this guide to the letter:

How To Use Amiibo On Harvs Island

How To Use Amiibo Cards In Animal Crossing New Horizons

After a few days of playing Animal Crossing: New Horizons, a scruffy-looking dog will approach you. This dog, who looks oddly similar to a middle-aged Tommy Chong, will invite you to his island. You dont need any Nook Mile Tickets to get there, just ask at the airport and theyll let you fly to Harvs Island.

So heres how you do it, step-by-step:

Recommended Reading: How To See Shooting Stars In Animal Crossing

How To Scan In Amiibo Cards And Invite Villagers

Now that you’ve completed all of these steps, your new Sanrio-themed villager will occupy a house on your island.

How To Make A Rock Garden Animal Crossing

Can You Catch An Owl In Animal Crossing

How To Take Off Face Paint Animal Crossing New Horizons

How To Change Time In Animal Crossing New Leaf

What Genre Is Animal Crossing

How Many Villagers In Animal Crossing

What Are Bell Vouchers For In Animal Crossing

Who Is Pascal In Animal Crossing